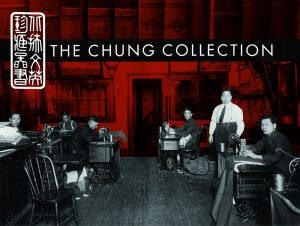 In 1999, the Chung family made an exceptional gift to the University of British Columbia Library with their donation of the Wallace B. Chung and Madeline H. Chung Collection. In making the generous gift of this unique and extensive research collection, Dr. Chung hoped to give back to Canada some of what he and his family have gained since his grandfather came from China to Victoria more than 100 years ago. As Dr. Chung has said, “We are giving the collection to UBC so as many people as possible can have the opportunity to understand and appreciate the struggles and joys of those who have come before them.”

Inspired to start collecting by an illustrated poster of the Canadian Pacific Railway Company’s steamship R.M.S. Empress of Asia in his father’s tailor shop in Victoria, Dr. Wallace B. Chung amassed more than 25,000 items over sixty years. Starting with small items clipped from newspapers and magazines for his scrapbook, Dr. Chung assembled an extensive research collection of items in various formats related to early British Columbia history, immigration and settlement, particularly of Chinese people in North America, and the Canadian Pacific Railway Company. The Chung Collection is one of the most exceptional and extensive collections of its kind in North America and has been designated as a national treasure by the Canadian Cultural Property Export Review Board. 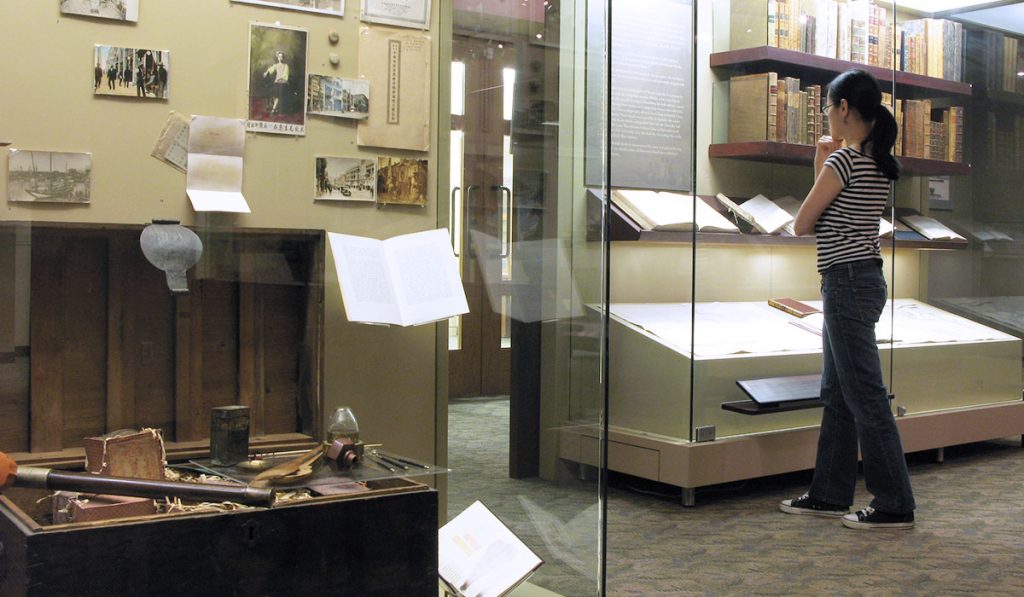 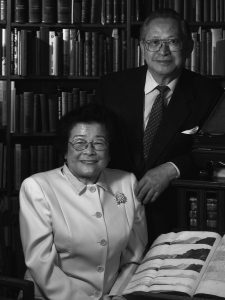 Born in Victoria, Dr. Wallace Bakfu Chung attended Victoria College, the University of British Columbia, and McGill University. He was among the early Chinese Canadians to embark on a professional career. Returning in 1953 to live in Vancouver, he married Dr. Madeline Chung (née Huang), with whom he had two children, Maria and Stephen. Dr. Wallace Chung specialized in vascular surgery throughout his forty year career. He retired from the University of British Columbia in 1991 as Professor of Surgery and Head of the Department of Surgery at the UBC Hospital. He has contributed generously to the community as an active member and as the chair of numerous cultural boards, among them the Canadian Multiculturalism Council, British Columbia Heritage Trust, Vancouver Chinese Cultural Centre, and the Vancouver Maritime Museum. In June 2005, he was appointed a member of the Order of Canada.

Dr. Madeline Chung was born in Shanghai, China, and grew up in Hong Kong. She came to North America in 1949 and specialized in obstetrics and gynecology. For a time the only Chinese-speaking obstetrician in Vancouver, she delivered over 7,200 babies during her more than forty year career. In 1999 she was made an honorary Life Member of the British Columbia College of Physicians and Surgeons. She is a founding member of the True Light Chinese School in Vancouver and, like her husband, has contributed greatly to the community.

Watch Dr. Chung’s speak about the highlights of his collection: